The Louis Vuitton advertising campaign called “L’invitation au voyage – Venezia” was definitely the most commented event of the autumn in Venice. This second episode is starred by Arizona Muse and David Bowie, who are together in our city: Venice.

Moreover, not only the protagonists were two stars, but also the production was impressive: the crew worked day and night to create fabulous settings and to organize the work of more than two hundred make-up and costumes professionals, extras and technicians who, for three nights, worked almost secretly directed by Romain Gavras.

The fascination of the masks of the Commedia dell’Arte

Venice, the symbol of seduction and dreams, is the location for the masked ball scenes, where absolutely every detail is taken care of, according to the notorious Vuitton style. 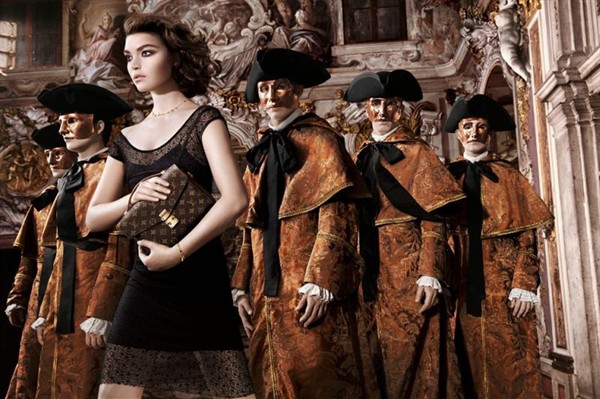 Kartaruga took part in the production of the commercial with a wide range of masks, some of which have been chosen for the official campaign photographs.