The most cunning mask: Brighella 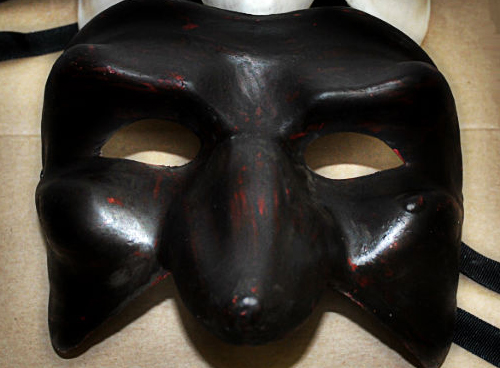 Among the servants of the Commedia dell’Arte, the Brighella mask is the youngest and the one with more shadows. Indeed, it first appeared in the 18th century and is far more shrewd than his colleagues. Sometimes, though, he even becomes cruel. Here’s why.

The Harlequin and Brighella masks: the differences

Some time ago, we told you that the Commedia dell’Arte has 2 types of Zanni: a shrewd one and a fool one. Well, Brighella belongs to the former, Harlequin to the latter. 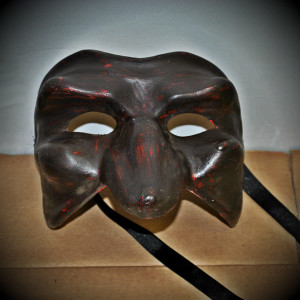 In short, Harlequin is the buffoon who makes you laugh because he constantly gets into trouble. Brighella, on the other hand, is the one who plans this trouble.

Is there a wedding to put paid to? An old man in love – usually Pantalone – to play a trick on? A fool to cheat? Then Brighella will be involved in it, sure as eggs.

As a matter of fact, the name “Brighella” didn’t just pop out of a hat: it comes from briga, instead, meaning “bother, trouble”.

In order to play the part of such a cunning character, who can hatch refined plots, though, an actor cannot rely merely on improvisation.

Brighella is therefore the only character of the Commedia dell’Arte who has to learn the whole plot by heart, needs must. This is not necessary for Harlequin who is, instead, a wizard at pranks.

Although they’re both servants and come from Bergamo, then, the two figures are extremely different from each other.

Which are the characteristics of Brighella’s costume? 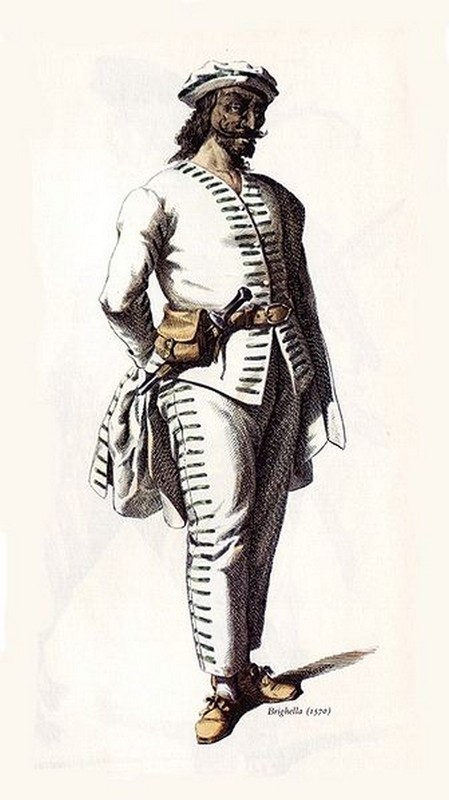 We haven’t talked about what the Brighella mask actually looks like, yet.

If you’ve picked up him, among the characters of the Commedia dell’Arte, as your Carnival costume, then you should remember these characteristics: