The fascinating silence: the Moretta 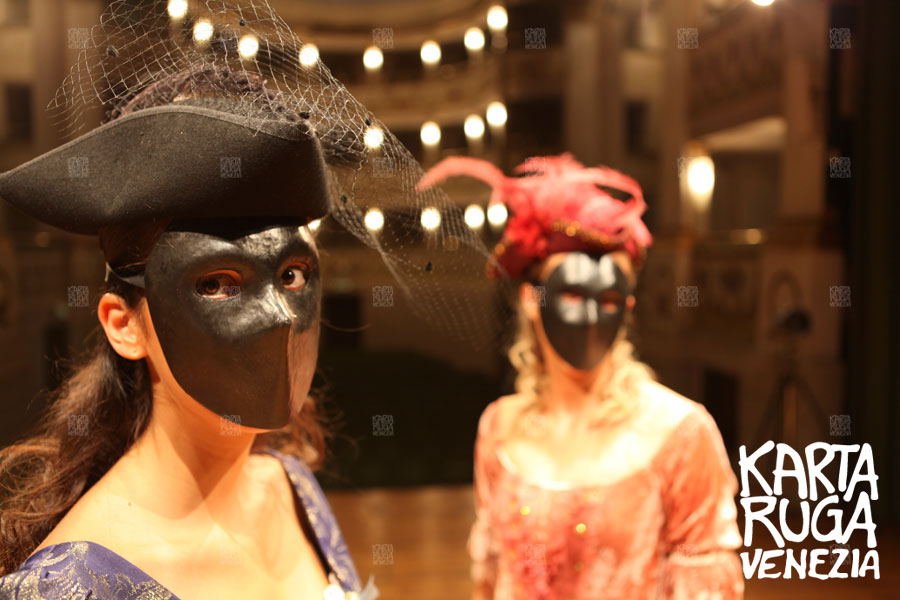 A mysterious appearance whose disquieting silence creates certain expectations: it may be the secret of the Moretta. According to tradition, it has to be put in front of the face by holding a button with the teeth. As many decorations in the past, this mask was introduced from France and became a fancy accessory for female dresses.

When and why is the Moretta used?

The secret for the success of the “dumb maid-servant” is its shape: small and made of black velvet, it enhances the features of women’s faces and their light complexion, characteristic that makes it immediately very popular in Venice. Moreover, its popularity was further helped by the opportunities offered to women.

One of the first situations in which it came in handy was when women went to visit nuns: with their heads covered by veils or by a xendal, a taffeta shawl or, later on, a lace one, Venetian women used to walk silently towards convents. Anyway, the Moretta also had another function, let’s say a less pious one.

At carnival, bizarre things are very common and there were small buildings, called “casotti”, where Venetian people could admire – paying a fee, of course – the wonders of the world, mainly from the new world. Lions, elephants and all kinds of exotic animals appeared in Venice, charming the audience with tightrope walkers and magicians.  In order to visit these places full of wonders, humble, bourgeois or noble women hid their faces behind a Moretta,

as Pietro Longhi shows in his painting Il Rinoceronte. Was it because they did not want to be recognized and, therefore, lose their reputation? Of course, but also in order to look around and find their “prey”.

The Moretta is, actually, also a flirting tool, which makes the woman intriguing and full of secrets. While preventing her from talking, it offers her the chance to decide who to talk to and, thus, to reveal her face and feelings. But only to the person she chooses.